The wireless sector continues to see increasing demand for higher bandwidth and lower latency while users question whether the major carriers are worth the price. In addition, carriers’ ability to keep up with demand will require denser networks with more nodes, which only exacerbates site acquisition costs.

The Helium 5G Network presents an alternative that decentralizes these overhead costs while providing more avenues for Service Providers to generate revenue including allocations of MOBILE token emissions.

HIP-53 put forth a detailed overview of this economic model to pave the way for Service Providers’ success in the Helium ecosystem.

Nova Labs has emerged as the first Service Provider on the MOBILE subDAO. Its Helium Mobile service is an innovative mobile carrier model that leverages people-built coverage and crypto-economics to reduce costs and increase benefits for subscribers.

Traditional carriers present as companies that sell connectivity and phones when, in reality, carriers must outsource work to dozens of independent third parties to deliver services to subscribers.

This situation creates a tangle of intermediaries resulting in a lot of overhead for the carrier to coordinate.

For example, most carriers do not build their own communications equipment or software. They also do not own or operate cellular towers, do not directly employ personnel to maintain their infrastructure or data centers, and often opt to franchise retail locations and outsource call centers. 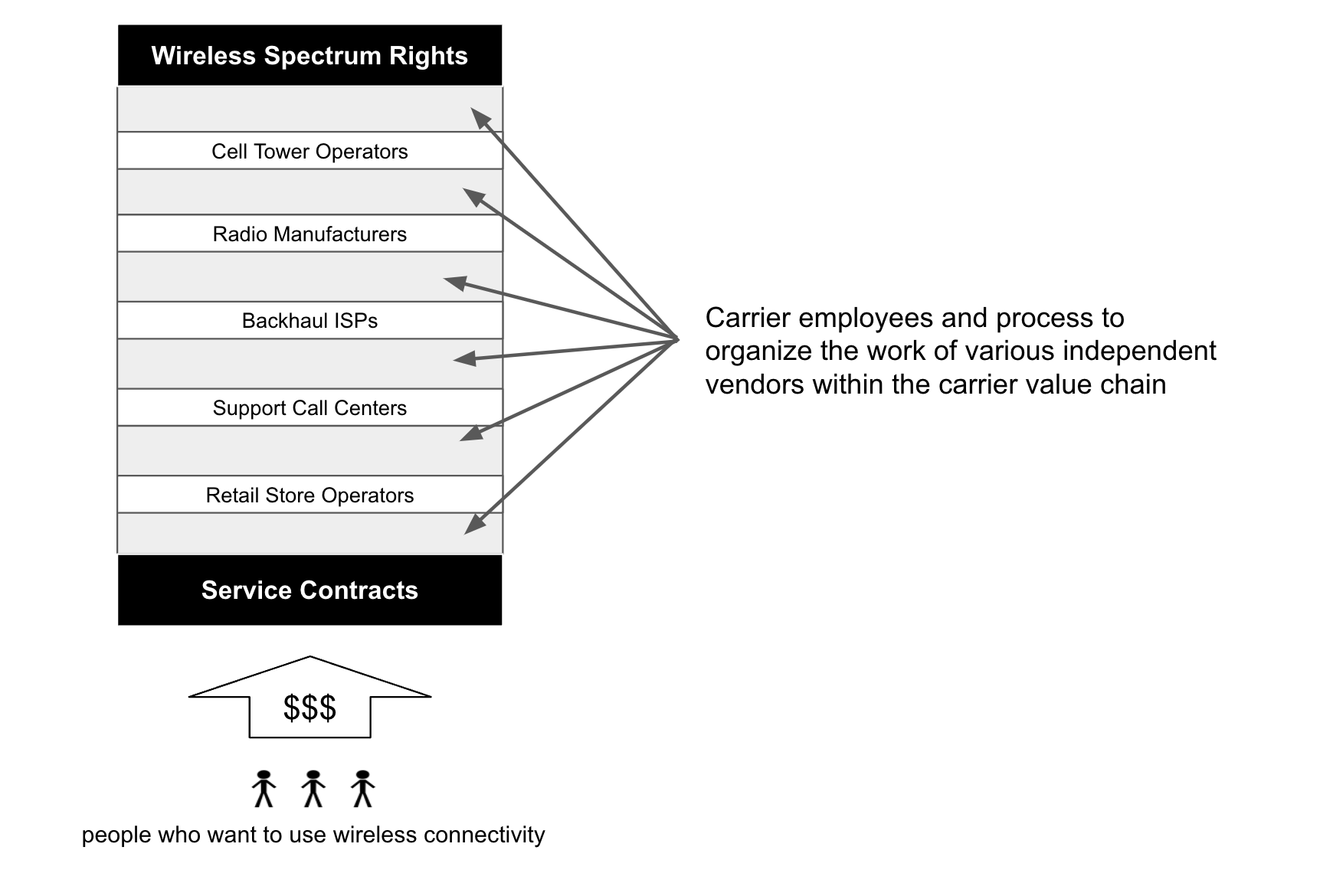 With so many operational aspects of the business outsourced, the competitive advantage of a carrier reduces to two critical assets over which they have direct ownership: spectrum lease contracts and service contracts with subscribers. Everything else – all of the coordination of people and infrastructure described above – is dedicated to bridging these two assets.

U.S. telcos are estimated to spend upwards of $50B annually coordinating these independent parties. Given the significant overhead coupled with additional costs such as spectrum and site acquisition, there is little room for market innovation when delivering service to subscribers.

High costs and suboptimal user experiences in onboarding, customer support, billing transparency, and more pass onto the subscribers due to the inefficiencies of this value chain.

The amount of overhead wasted on independent-party coordination creates an environment ripe for disruption.

Blockchains are an innovative approach to delivering superior economics for Service Providers by eliminating coordination inefficiencies that plague carriers.

Blockchain technology is ideal for coordinating economic activities between independent actors at its core because it aligns incentives across all layers, unlike the historical model where each layer is vying for its interest. 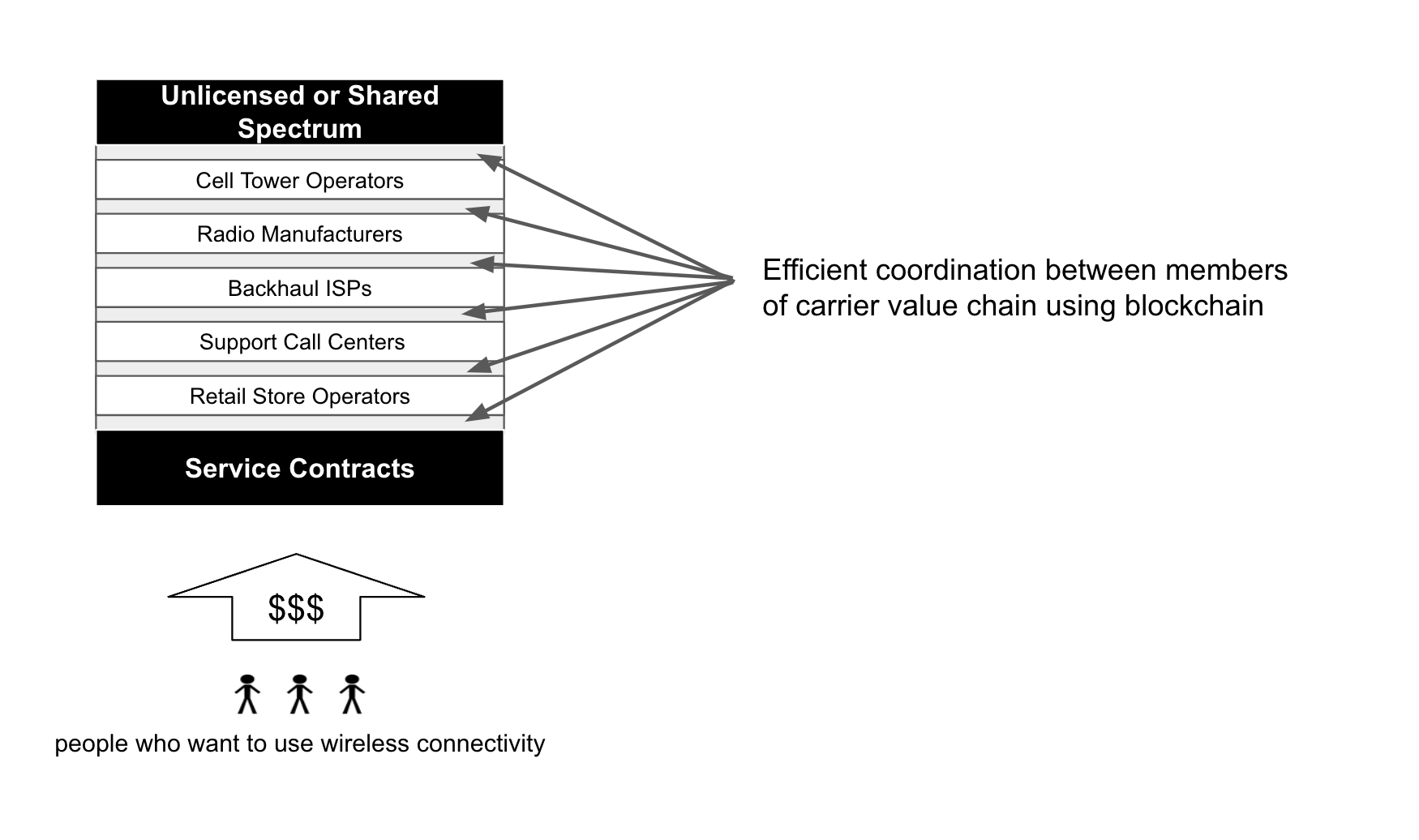 While the value chain endpoints do not significantly change, participating Service Providers can use blockchain technology to streamline the coordination of the layers in delivering useful coverage to subscribers.

In its first few months, the Helium 5G Network footprint has achieved what has taken some of the largest CBRS networks in the U.S. years to accomplish, deploying more than 7,000 Small Cell Radios in over 1,200 cities across the U.S.

This model efficiently incentivizes people to provide useful coverage on the Helium 5G Network by offering Rewards, ultimately reducing overall coverage costs because the service is less dependent on a carrier and its expensive infrastructure.

In addition to the lower coverage costs, Service Providers also benefit from Rewards by driving subscribers to the Helium 5G Network, which they can pass on to incentivize those subscribers.

20% of all MOBILE Rewards are set aside for Service Providers.

What happens with these Rewards is entirely in the hands of Service Providers. They can retain them to increase overall profit margins, allocate them to developing innovative new features, or pass them on to subscribers to incentivize them to continue using their service or acquire new subscribers. Regardless, Service Providers have more autonomy and growth potential than offered in the otherwise rigid economic model of the traditional carrier.

As more subscribers use the people-built coverage of Helium 5G and earn Rewards, the overall value of the Network increases, more customers will subscribe to the carrier, and the cycle will continue.

Learning More And Next Steps​

Reading HIP-53 in its entirety is the best way to achieve a comprehensive understanding of the economic model for Service Providers.

Check out this blog post for more information about achieving better quality coverage for subscribers.

If you are interested in discussing the next steps to becoming a Service Provider on the Helium 5G Network, please contact the Helium Foundation.